H­­­­ow would you feel about expecting to go to a team meeting and waking up in the middle of a cocktail creation contest? 😊 Connatix Romania celebrated their 5th anniversary in a fun and engaging way, learning the basics for creating cocktails and inventing its own Best Cocktail made out of 5 special ingredients.

This corporate anniversary event was the perfect opportunity for the management to show appreciation for all the effort and dedication Connatix team has put into growing the company. We had a lot of fun while the teams were creating their own secret recipes for drinks and applauded their imagination in presenting the pieces of art with special names: Ka-π-Roska, Gulag, Maiquiri and many others.

We can’t really say which cocktail was the best, but we do know that they were all champions on February 15th, 2019. Happy 5th Anniversary, Connatix Romania! 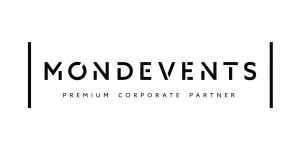 This website uses cookies so that we can provide you with the best user experience possible. Cookie information is stored in your browser and performs functions such as recognising you when you return to our website and helping our team to understand which sections of the website you find most interesting and useful.

Strictly Necessary Cookie should be enabled at all times so that we can save your preferences for cookie settings.

If you disable this cookie, we will not be able to save your preferences. This means that every time you visit this website you will need to enable or disable cookies again.

Welcome to the website www.corporatemondevents.ro . The Website is the property of  the SC MOND NORD VEST SRL (MONDEVENTS) having its headquarters at CONSTANTIN BRÂNCUȘI, nr. 175-177, Cluj-Napoca, Romania.

General terms and conditions for using the www.corporatemondevents.ro site